Irene and Her Latin Jazz Band 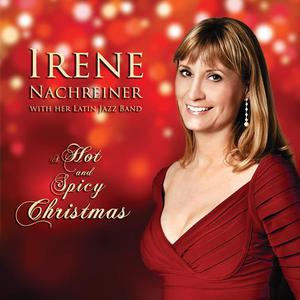 Smooth and seductive with a dash of spicy, summer nights: Irene and her Latin Jazz Band will set the mood. Irene's rise to stardom begins like a true Hollywood fairytale when she was discovered in October 2003, on "Karaoke Night", at the World Famous Club Med in Bora Bora. She was immediately offered a three-week gig and returns there to perform several times a year. Her eclectic background is a major part of the equation for her success.

Trained in classical piano, Drama (B.A. cum laude at UC Irvine), voice and acting allow her to mesmerize the audience with her stage presence. She's able to reach a cultural smorgasbord by singing in English, French, Spanish, and Portuguese.
Irene was chosen as a "Fabulous Find" by listeners of KLAC 690 in Los Angeles and recently received a nomination in the "Latin, Female Vocal" category at the 17th Annual Los Angeles Music Awards for her song "Sway".
Irene is backed by a band with many accolades. Scott Martin (saxophone and flute) has won a Grammy as part of the Pancho Sanchez Latin Jazz Band; Marco Tulio (acoustic guitar) won the "Virtuosi Award" from the Ministry of Culture in 1997, in Brazil; Cristiano Novelli (percussion) performed at the 6th Annual Latin Grammy Awards; Rique Pantoja (piano/keyboards) won the Cindy Award in 1994 and played with artists such as Carlos Santana, Chet Baker, and Ricky Martin; and Daniel Groisman (bass) has played with famed artists Enrique Iglesias, and Joan Sebastian.
Irene and Her Latin Jazz Band have just released their first CD "Summer Samba", a collection of Brazilian and Latin Jazz tunes with a mix of samba, bossa nova, bolero, and other rhythms. For more information and sounds bites make sure to visit www.IreneSings.com.