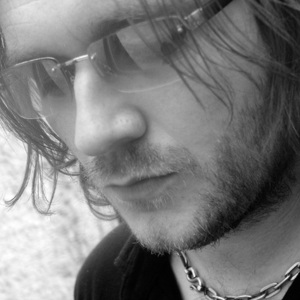 There are seven artists called ION. (1)ION (correctly: &Iacute;on) is a new project of ex-Anathema, Duncan Patterson. Duncan Patterson career traces back to the early 90's, when he began his musical incursions as a member of Anathema, a group that would pioneer and remain as forerunners of the unique Doom Metal genre throughout that decade. Patterson would later also become involved with Antimatter...

(1)ION (correctly: &Iacute;on) is a new project of ex-Anathema, Duncan Patterson.
Duncan Patterson career traces back to the early 90's, when he began his musical incursions as a member of Anathema, a group that would pioneer and remain as forerunners of the unique Doom Metal genre throughout that decade.
Patterson would later also become involved with Antimatter, a project which would find him developing his age-old talent for emotional and atmospheric song-writing into new formats, and which he quit in late 2004 as the early sketches of what would later grow into ?on were drafted.

One can arguably class ?on as Patterson's most personal creation to date - a creation which he has fathered on his own, and one through which he taps deeper into his spiritual identity and heritage. This musical entity which Patterson has named after the Gaelic word for 'pure' - a word which accurately pins down the project's mindset - seems to illude strict categorization, and even the apparently all-encompassing definition of World Music falls short in defining the ethereal moods that "Madre, Prot?genos", ?on's debut album, comes to reveal.

(2)Geragelos who was born in 1982 in Hellas. Ion got into music in the age of 13 when he started learning to play the piano.
After co-writing uplifting music with an excellent dancefloor response, for the oldest hellenic mainstream label and record store named Discobole, he felt the urge in the end of 2002 with Dj Receiver to create a full-on trance band under the name Party of gods (P.O.G.).
They released 2 tracks in cosmophilia records (compilation under the name ?Frequencies?). In 2003 they met at a festival with Pan Papason who believed that they are the next good thing coming out from Hellas and soon after got them in touch with Harmonia Records where they have released 1 track (compilation under the name ?Perception?)
Since 2004 Ion Geragelos created a solo project under the name ION.
Two ION tracks are included in the compilation ?Butterfly Effect? on Harmonia records and His debut Album was out on Harmonia Recs in the beginning of Dec 2004.
His new Album ?Sugar Free? is out now and has been smashing dancefloors around the globe.

In his Productions he aims for the full-on morning sound with atmospheric samples and blasting dancefloor vibes. Precisely arranged melodies to wake the senses up and put smiles on everyone's face on the dancefloor. A genuine aural orgasm. His Live sets are powerful and unique each time, since he is playing and improvising his melodies live on the keyboards and he also uses vox effects thru a microphone. He has seen success in other genres of music but as well as a music composer for other mainstream artists.
His Dj Friendly tunes make him the highlight of Summer Festivals and full-moon Parties.

(3)ION is a Japanese doujinshi music circle founded in 2003. They specialize in trance remixes of music from various games, such as beatmania IIDX and the KEY titles AIR and Kanon.

(4)Ion is a groove metalband from Groningen.

(5) ION was a progressive/industrial rock band from Mo i Rana, Norway, existing between 2001 and 2004. Founded by John Erik Andersen (bass, vocals & programming), Aslaug Finseth (vocals), Morten R?berg (guitars, vocals & programming) and Tor Aarnes S?ther (keyboards, vocals & programming). Andersen left the band in 2002 to focus on his metal band Allfader (which at this point also featured S?ther). The remaining three members of ION then recruited H?vard Lee Rendal (guitars). Only demo recordings of four songs ("Waverly", "Self Denied", "Silence" and "Not The Same") exist.

(6) Solo project of Giannis Papaioannou from 1996 onwards. ION's music was always characterized from its underground repetitive minimalism. Influenced by the techno scene, and especially from record companies such as Basic Channel, ION was probably one of the first Greek artists to appear at live performances with his portable computer alone. 2005 signalled his return to the local techno scene with the release of a new album and a series of live sets along with his darling laptop.

(7) Ion is a Romanian electronic music artist. Both a conceptual artist and a performer, when it comes to live shows, to music and music production, Ion is guaranteed to conquer your full attention the same way a good dancer would. He's delicate and determined. He doesn't know where the road goes but he'll drive you gently in an ambient spawned by classical music, blues, 60?s rock, all that immersed in electronic soundscapes with dub, tehno and a little bit of disco as hints for where his music can be integrated.

A persevering self taught artist, Ion based himself on the bass on almost all his works that have been released at Patpong and DubKraft Records. He loves experimenting in his ?n-am studio?. He plays, in the ludic sense of the verb, various instruments in a psy-rock band, goes on field recording trips and one time he surprised all of us with a loving investigation of Romania's most important medium before the RO revolution: the radio. What he did was to perform a live session of radio wave manipulation, sampling and filtering, completely avoiding the FM range. Noise and trance on air!

In October, Ion is to release with Local Records an EP as gentle as guitar chord shivering, yet adding a constant mix of electronic styles on a clear and recognizable techno structure.