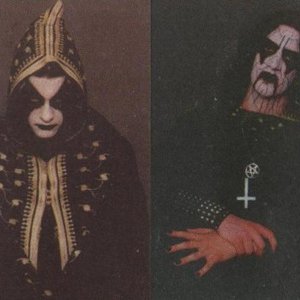 Introitus is a progressive rock band from Vansbro, Sweden. Formed by Mats Bender (keyboards and accordion) and his wife Anna (lead vocals), it's a 'family band', as their son Mattias is the drummer, and their daughter Johanna, who was a member of the choir singing on the first album, has now become the second lead vocalist. The current line-up is completed by P?r Helje (lead guitar), Dennis Lindqvist (bass guitar) and Henrik Bj?rlind (extra synth, accordion, flute, fiddle and second guitar).

Their first album "Fantasy" was released in 2007. Although it wasn't noticed immediately, it eventually got a perfect score of 5/5 in a review of the Dutch "Background Magazine". A second album called "Elements" was released in March 2011, while a third album is now in the planning stages.

Skies Of The Unholy Departed