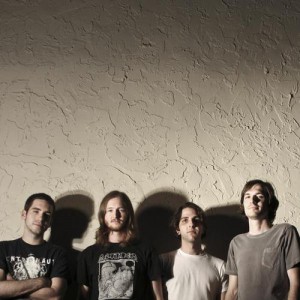 Started in May 2001 in Ft. Lauderdale, FL, mathcore band Into The Moat have unquestionably proven themselves to be a necessity to a scene lusting for something new, bringing a redefined sense of creativity and talent to the forefronts of mathcore. From neck snapping blast beats and time changes to catchy and brutal breakdowns, Into The Moat is sure to stand out among the masses of bands in the same genre.

Their EP "Means by Which the End is Justified" was released on Lovelost records in 2003, and followed up by the release of their 2005 LP "The Design", which was produced by Erik Rutan (of Morbid Angel/Hate Eternal fame). Fans are patiently awaiting the release of their new album, "The Campaign" (also produced by Rutan, mastered by Alan Douches), scheduled to drop March 17th of 2009.

INTO THE MOAT has not taken a new direction on The Campaign but has evolved as musicians, creating a more moody record which was attributed to the bands ever expanding taste in music. "The Campaign was written with more attention to detail. We are no longer just trying to play to our physical limits. This record still sounds like INTO THE MOAT, but one can look forward to more exploration of riffs, and melody. This record has a very organic sound, which is something we have always strived for. We did explore with layering on certain parts for dynamic affect. For instance; we experimented with having three or more guitars and more than one bass" Kit explains.

The Campaign, which is a concept album, was recorded at Mana Studios in St. Petersburg, FL with producer Erik Rutan (Hate Eternal, Soilent Green, Cannibal Corpse), who also happened to record the band's first full-length The Design. "Even back from the EP, Means by Which the End is Justified, we have had a plan for our albums. The Campaign is exactly what it states. It is the conflict, which is represented in the lyrics and the music as well. Each song is focused from a different view point on war and other conflicts."