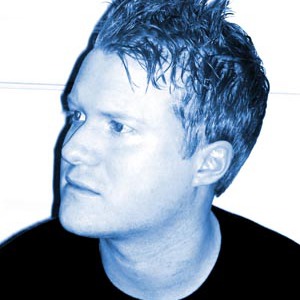 Interphace is just one person: Kristofer H?gardh. He was born in Bor?s, Sweden on January 11 1979. Music has always been his main interest; at the age of ten he started taking piano-lessons and two years later he started playing the drums. He studied music at a local high school and there he realized that music was more than just a hobby. In 1999, he moved up country and attended classes in computer-aided music production, where he learned to produce music by using synthesizers connected to computers. He focused on making progressive/melodic trance.

His ability to combine strong harmonies with heavy dance-beats really took the dancefloors by storm and in 2002 he played live several times as a support act to famous artists like Bosson, Carola and Phasio. His debut single 'Dr Feelgood 2003' was a cover of Cool James & Black Teacher's big hit from 1994. The new, fresh 2003 mix got very well received, stayed several weeks at Swedish Dance Chart and was soon added to major compilations like 'Dance Replay' & 'Absolute Dance'. The song was suddenly very popular among dj's and found it's way to the rest of Europe via internet and became a huge club hit. In 2004 he met acclaimed manager Tomas Jernberg and is now represented by Mind Management. In the late summer of 2005 Interphace released his debut album 'Injected Movements'.