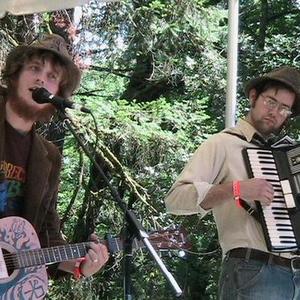 The members of Insomniac Folklore are a band of lovable hooligans that would probably be considered offensive, if only they weren't so darned cute. Their music can be recommended for people who like Tom Waits, Wovenhand, Nick Cave, Jason Webley, the Dresden Dolls and Simon & Garfunkel. At present, the group includes Tyler Hentschel, Ayden Simonatti, Danielle Maes, Dennis Childers, St. John Van Beek, and Zo? & Anavah Simonatti in the Northwest regions of the United States; in the Midwest, Tyler has taken to playing shows with Amanda Curry, Lisa Barfield, Joshua Hedlund, and Adrienne Hentschel.

The band hail from many parts of the country and when everyone is present, create a vibrant whirlwind of musical tones using drums, accordion, violin, tambourine, guitar, bass, intense vocals, and occasionally ironing board. Their music, to which they lovingly refer as ?Tantrum Folk,? has been described as a combination of 1960s folk-rock, 70s punk, indie-rock and vaudeville. In the vernacular, this translates to a heartfelt and theatrical stomp-along dance party which may very well leave you in tears.?

Contrary to popular belief, the members of Insomniac Folklore have never committed arson or incited any people to riot. If you invite them to your town, they promise to be on their very best behavior, really and truly, especially if you provide them with food.