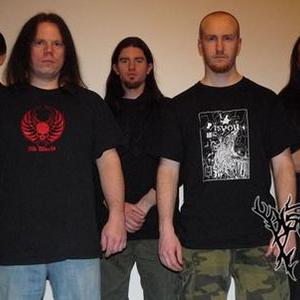 INSATANITY was formed during the summer of 1992, when fellow area musicians united to create one of the most original, brutal and atmospheric bands in the metal genre to date. The band immediately began writing material for their self-titled debut demo. This brutal four-song offering was released in February of 1993, and it established INSATANITY as one of the most intense metal bands in the Philadelphia area.

The band continued writing material and playing local shows, building a following of supporters. In October of 1993, INSATANITY re-entered the studio to record their second demo, Ad Maiorem Satanae Gloriam, also a four-song release, which clearly demonstrated the band's musical progression and redefined technical proficiency and musicianship in their local metal scene. The demo sold incredibly well after its release, and was received tremendously well by fans and fanzines worldwide.

INSATANITY released their third demo in June of 1995, a four song release entitled Unholiness Rising, clearly the heaviest underground recording ever to emerge from the Philadelphia area. In September of 1995, just three months after the release of their incredibly successful Unholiness Rising demo, INSATANITY was signed to Unisound International Records, a popular black metal label in Athens, Greece. Their debut full-length album, Divine Decomposition, was released on compact disc by Unisound Records on January 30th, 1996.

INSATANITY parted ways with Unisound Records shortly after the release of Divine Decomposition. In July of 1997, INSATANITY released their second cd offering through Mortal Coil Records, Vengeance From Beyond The Grave, a Split CD with the brutal metal band IMMORTAL SUFFERING.The split was a very anticipated release in the underground metal scene, and had sold well and received much critical acclaim.

During the next few years, INSATANITY went through a few minor sent backs. Several members left the band putting the band into hiatus. A long and through search was done to bring the band back into action, but even after finding replacements none were suitable. It wasn't until 2001, when two main members came back into the band did INSATANITY begin to mold into what it once was. INSATANITY began playing shows again through out the next couple to years, but still plagued with line-up changes was not able to begin writing any new material.

Finally in the beginning of 2005, INSATANTY was able to create a stable line-up. They entered the studio and recorded a four song EP entitled, "The Black Stone", which was released by Descended Lord Records. This release was long over due and got much praise. INSATANITY then headed out on a US tour, where they were well recieved. Six months later, INSATANITY signed with Grim Nocturnal Records for their upcoming release, "The Day God Died". INSATANITY continues to prove themselves as a force and will be touring shortly after the release of their album.