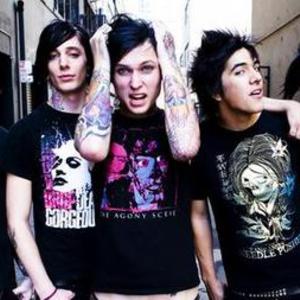 In 2008 Innocent Bystander won the prestigious 99.3 The Fox Seeds Competition, the same contest that launched careers for international recording artists Nickelback, Default, Bif Naked and Mathew Good. Making their way up the indie rock scene in Vancouver over the past 5 years this quintet has honed and developed a great live show, sharing the stage with many great artists such as Thornley, State of Shock, The Veer Union, Armchair Cynics, Bif Naked, Yuca, The Turn and many other great bands.

October 16th, 2008, Innocent Bystander released their debut full length album "When Things Evolve" (recorded @ Ear Art Music Studios, produced by Clayton Creed) and saw their first single "Monitors" hit radio waves across the country. Following their two previous self-titled EP's [Innocent Bystander I (2005), and Innocent Bystander II (2006)] this album shows a growth and maturity for the band and has put them on the map nationally in Canada. "We wanted to take the time to write and record the best possible album" claims bassist Wayne Szolga "and now that's starting to pay off for us." The success from the album has also seen the band tour western Canada and start to make its mark on the Canadian music scene. With their second full length album in the works, scheduled for release in summer of 2011, Innocent Bystander is looking towards a breakthrough year! Watch for IB in a city near you as extensive touring of both Canada and the US are in the works.