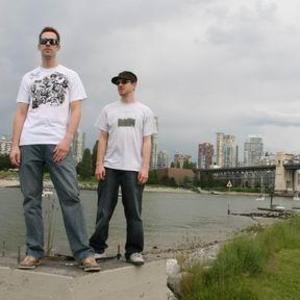 Influenza is the Canadian breakbeat production duo of Jeff Malcolm (aka Psidream) and Jason Craig. Releasing a consistent output of mixes for public consumption, their DJ sets often explore the latest and greatest tracks by producers from around the globe, but also carry a lot of their own flavour and production work. These two work hard to bring you quality tracks on their label Epidemic Recordings, while never losing focus on their own work as Influenza.

Since Influenza's inception 4 years ago, they have been included on approximately 15 vinyl releases, and their catalogue is consistently growing! This is a true testament to the level of dedication they have put into their music. If you crank up the BPM a few notches, you will find Psidream's catalogue of drum & bass releases has been building regularly over the years, and is showing no signs of slowing down.

Combined, Jeff Malcolm and Jason Craig have played all over North America, UK, Europe, and soon Australia and New Zealand. These two have gained the experience most DJ's dream about, having played the legendary Fabric in London, WMC in Miami, and enjoying other major hot spots such as New York and Los Angeles.