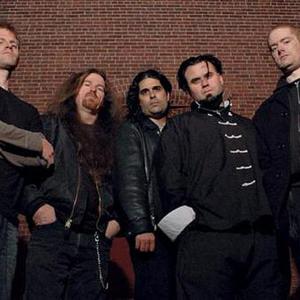 Infinity Minus One is a Boston based Progressive Metal band. The band formed at Berklee College of Music in 1998 and went through a few name changes before going with Infinity Minus One. The original lineup was Lauren Wilkerson (vocals), Josh Connell a.k.a. Kairo Zentradi (guitar, vocals), Kevin Hammer (keyboards, guitar, vocals), Kai Kurosawa (bass), and Libor Hadrava (drums). Lauren left the group early on and was first replaced by Denis J. Lanza before finally being replaced by Kurt Gombar a.k.a. Kurt St.

Damian as their lead singer. Kai also left the group early and was replaced by Kelly Conlon as the band's bassist. Libor left the band before their first full length album Infernal Machine was recorded. While Infinity Minus One never added a new drummer as an official member, they have recorded and performed with other drummers including Matt Thompson who performed the drum parts for the album Infernal Machine, Chris Munton who performed live in support of the Infernal Machine album, and Tim Close who filled in on drums live after Libor's departure. Josh also left the band, but rather than bringing a new guitarist into the group Kevin took over guitar duties.
Infinity Minus One no longer performs live, but still writes and records music.