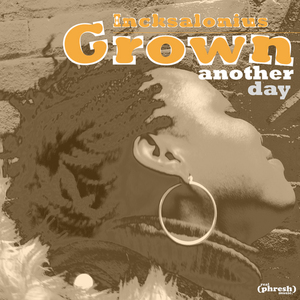 Avant-garde, Hip-hop, I Should Keep An Eye On This One, Pezore

Writer, Lyricist, Producer and Founder of Real Phresh Music, Incks is just beginning to scratch the surface in the progressive movement in Hip-Hop music. A native of Brooklyn and a descendant of Barbados, Incksalonius has been on the scene for years. Getting her start as an intern for major recording studios such as D&D and Unique, Incksalonius began to cultivate her presence as one of the most real-to-life lyricists to touch a mic.

A native of Brooklyn and a descendant of Barbados, Incksalonius has been on the scene for years. Getting her start as an intern for major recording studios such as D&D and Unique, Incksalonius began to cultivate her presence as one of the most real-to-life lyricists to touch a mic.

In 1999 while still a college student, Incks would go on to pen the songs that would become her first self release. The "Push" EP gained attention amongst college radio stations local and international as well as press.?Incks continued to build her foundation by performing at venues such as the Nuyorican Poets Cafe, The Five Spot, Wetlands & many others. Incks did go on to produce for local artists and land appearances on other projects. She went on to feature on compilations such as the Okay player Compilation and for B-Gyrl.com.

In 2003 Incksalonius paired up with Belgian producer Krewcial to feature on "Sky to land" which appeared on his "25/8" LP (Vinlylators/BBE). She also collaborated with International Artists such as The Proov & Pan-Afrikans. In 2005 Incksalonius released "Press Play" LP in collaboration with Dios Music.? The first single "Rap Music" generated buzz enough to take Incksalonius overseas on tour with The Proov in The Netherlands at venues such as Paradiso & Bitterzoet.? As a contestant in the Fat Demos Producer's Beat Battle that same year, Incksalonius became the first woman to win the Beat Battle. It was during this event that she met Dj and Producer Silent Someone. Collectively they?are also known as Traditional Method.

In 2006 Incksalonius became the Founder of Real Phresh Music along with founding partner Silent Someone. The two would go on to collaborate on what would become the first release on Real Phresh Music. The first single "Talk Shit" off of their first independent release "Analogue '05" gained critical acclaim and non-stop head nods from fellow artists, fans and radio stations.? After the release of "Analogue '05", Incksalonius continued to work from the ground up. She went on to create Phresh Ear Studios in Brooklyn, New York in collaboration with Real Phresh Music. To date, Incksalonius stays busy collaborating with Artists, producing for short films as well as penning the songs for Traditional Method's second release.

In the summer of 2008, she is anticipating her third release "Grown, Another Day"(Real Phresh/Dios) which will feature production by Silent Someone and Tripstone.