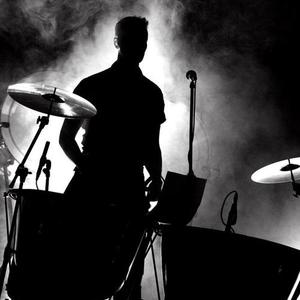 In The Nursery are a neo-classical electronic band, known for their cinematic sound. As a result, they have provided soundtracks to a variety of TV programmes and films, and are known for their rescoring of films. Twin brothers Klive and Nigel Humberstone and Anthony Bennett formed this Sheffield, England-based band in 1981. The trio were originally associated with the UK's industrial music scene, releasing the six-track When Cherished Dreams Come True in June 1983.

Twin brothers Klive and Nigel Humberstone and Anthony Bennett formed this Sheffield, England-based band in 1981. The trio were originally associated with the UK's industrial music scene, releasing the six-track When Cherished Dreams Come True in June 1983. The "Witness (To A Scream)" single and Sonority EP followed before the band moved to the Sweatbox label for the fearsome Temper EP.

The full-length Twins was recorded without the departed Bennett at Bradford's Flexible Response Studio. The album adopted a more subtle approach by favouring theatrical atmospherics over industrial clatter. Multi-lingual vocalist Dolores Marguerite C made her debut on the Trinity EP adding French narration to "Elegy'. Dolores and military-styled percussionist Q were added to the line-up on the subsequent Stormhorse, the soundtrack to an imaginary film that provided the cinematic blueprint for all their future recordings.

The quartet's final recording for Sweatbox, 1988's K&ouml;da, completed the transition to a classical instrumental sound and utilised computer sequencing in the recording process for the first time. Following the collapse of Sweatbox the band moved to Third Mind Records to complete the delicate L'Esprit. The album was recorded with engineer Steve Harris who had contributed to K?da and would feature on all the band's subsequent releases up to 1995.

Sense and Duality were followed by a logical progression to real soundtrack work on 1993's psychological drama An Ambush of Ghosts. Their music has featured in Beowulf, The Aviator, Interview With The Vampire, Streetfighter II and The Rainmaker, and in the late 90s the band was commissioned, as part of the Optical Music Series, to provide new scores for the silent classics The Cabinet of Doctor Caligari, Asphalt and Man With a Movie Camera, A Page of Madness, Electric Edwardians and The Passion Of Joan Of Arc.

Anatomy of a Poet, a concept album about the creative psyche, featured author Colin Wilson reciting romantic poetry against a lush backdrop of strings, and also included a cover version of Scott Walker's "Seventh Seal". A retrospective compilation of their work was the first release on their own ITN Corporation label. Further concept albums have included Deco (inspired by the Art Deco movement), the ambitious Lingua, an exploration of language featuring vocal contributions from around the world, and Era.

The Humberstones have also recorded more dance-orientated material under the Les Jumeaux moniker, and as such were involved in pre-production work on Sabres Of Paradise's classic techno anthem "Smokebelch" and remixed "Haunted Dancehall".

The Fall Of The House Of Usher

The Passion Of Joan Of Arc