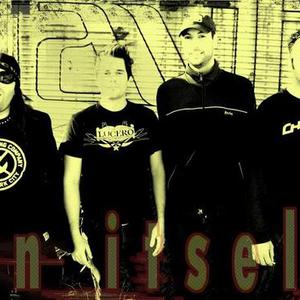 In Itself is a 4 piece, modern rock band that, as a whole, has been described as, "moody", "emotional", "angst-ridden", and "melodic". Their music has been compared to such great artists as Jimmy Eat World, Boy Sets Fire, The Cure, Quicksand, Hum, and many others. Full of singable, hook-laden songs, In Itself's live performance is nothing less than memorable and chaotic. Combined, Drew, Chris, Paul and Paul draw from over 20 years of experience and influence. An incredibly marketable and talented band, combined with modern hook filled songs make for an unstoppable force in today's music arena.