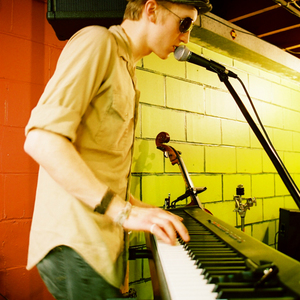 The self-taught, self-released, self-abusive ?Semi-Acoustic Indie-Folk-Punk? band Imaginary Jack is the manifestation of three years of super-sad-suicide folk songs and two previous years of bleached-out garage rock. It began as a two-piece high school band called The Kerosene Grapefruit Experience. It was comprised of a scrawny, pale, 17-year-old Joseph Daniel and an even scrawnier 16-year-old Ian Ahola.

Neither of them knew anything about music and had never picked up an instrument until they decided they wanted to start a band. The result: a terrifically harsh garage rock duo hell-bent on self-destruction.

The band didn't last long and the two neurotic teenage friends eventually parted ways. Joe continued as a solo folk performer under the stage name A Boy in the Woods. His craft developed organically creating a unique, dark and charismatic sound.

After a few years, Joe felt the need to expand. He got together with a couple of friends from Hamline University (Dana Harper, Mark Kartarik, and Eric Whalen).

Imaginary Jack released their entirely self-created 21-track debut album, A Window in the Wall in September 2007, featuring all aspects of their sound, from dark acoustic folk stories to high-energy electric indie-punk. The album begins and ends with two spoken stories written by D.H. book-ending the 60 minute musical exploration of the human condition.

?A Window in the Wall is all about perception: what you can see through the window and what is blocked out by the wall.?
- Joseph Daniel

A Window In The Wall