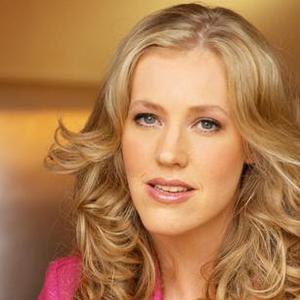 Jazz singer Ilse Huizinga is one of the most distinguished in the Netherlands and has achieved acclaim across Europe. Previously nominated for the prestigious Edison Award awarded by jazz critics, she recently completed her sixth album ?intimate jazz sessions'. On it she sings 23 well-known and much loved jazz classics, accompanied by piano only. As the name of the album indicates;'intimate jazz sessions' offers an intimate and stylish, sexy and joyful atmosphere. Ilse's ultimate feel-good album!

A graduate in Public Administration, Ilse regularly took part in vocal sessions at the famous jazz club Casablanca, in the heart of the Amsterdam Red Light District. Then and there she decided to follow her heart and become a professional jazz singer. Appearances on radio and television connected her to a diverse and broad audience.
Ilse has performed in many countries in Europe.
Ilse went on to study at the Amsterdam Music Conservatory and performed in many venues in the Netherlands.
On stage she met pianist and composer Erik van der Luijt, whom she married in 1998. Together they produce Ilse's albums. Ilse and Erik have a daughter, Ellen, born in 2000.

Discography
2006 - Intimate Jazz Sessions 2 CD (Brilliant Jazz/Foreign Media Music)
2006 ? The Club Sessions (exclusively available in Japan as a single album)
2005 - Beyond Broadway (Maxanter Records)
2003 - Easy to Idolize (Challenge / Daybreak)
2001 - The Sweetest Sounds - the songs of Richard Rodgers (Challenge / Daybreak)
1999 - Voices Within (Own production)
1997 - Out of a Dream (Own production)
http://www.ilsehuizinga.com/

The Sweetest Sounds: Sings The Music Of Richard Rodgers