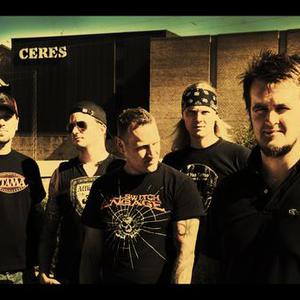 Since the beginning of the 90's Illdisposed have been one of the top bands of the Nordic death metal scene and have released 9 albums. Not denying their death metal roots their brand new offering "The Prestige" will meet all expectations. However, Illdisposed have also developed their own form of death metal with groovy rhythms, melodic but still hard hitting riffs, a massive wall of sound with an aggressive vocal in focus.

The experience gained from the production of 10 albums and the band's numerous shows all over Europe and as far away as New Zealand says it all: Illdisposed know what it's all about.

Over the years their success has not just been restricted to the metal scene: The last two albums entered the official Danish album charts at position 85 and 58 which made Illdisposed the first death metal band with such high chart entries. The video to "Still Sane" was the most wanted metal video on VIVA Plus for two weeks and the track "Dark" was featured on the soundtrack to the horror blockbuster SAW.

Not just scene experts should have recognised the name Illdisposed as a firm synonym for "finest metal quality" by now "The Prestige" will hit even the last hillbilly which most certainly will secure the Danes the top position of the European metal scene!

Reveal Your Soul For The Dead

With The Lost Souls On Our Side

There Is Light (But It's Not For Me)

To Those Who Walk Behind Us