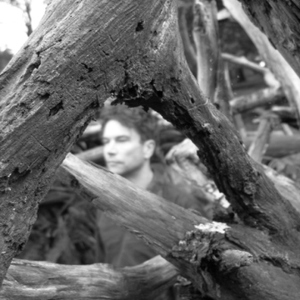 If Wen's barn produced beach nu-folk has received outstanding reviews and much radioplay in the USA and Canada, and on MTV, but in the UK so far he is "too folkie" to gain the attention of the mainstream media. If Wen doesn't care. He says he is anti-pop, and anti-mainstream. His debut album continues to sell worldwide, and he continues to record alone in a barn in West Kernow (Cornwall, UK). If Wen is now recording a second album, again in a barn in Kernow. For media enquiries about If Wen contact James H Soars + 44 (0) 1604 456561 Mob +44 (0) 7758 781032 james@jameshsoars.

At the core of If Wen's sound is a fragile combination of quiet fingerpicked acoustic guitar and gentle, breathy vocals. To MTV2's credit they have picked up on a Super 8 cine film shot near the barn for the title track Take a Look at the Sea and this has broadcast repeatedly on their cult programme "120 minutes." Radio DJs beyond the UK have taken If Wen into the Top 50 for folk music airplay worldwide. The "If" was a nickname, and the "Wen" is from the Celtic language.

"..the most overtly catchy of if wen's anthems, like Love Letters, have something of the opulent feel of Paris-1919-period John Cale ? which should be taken as quite a complement." David Kidman, Folk and Roots.

"..not only a selection of natural, soothing acoustic tracks but a celebration of nature and its beauty...brings to mind comparisons to artists such as Nick Drake and Elliott Smith. This album is a definite for anyone who plans to spend this summer relaxing in a peaceful, pastoral place, away from the busy city and the worries of life." Nicholas Benson, Folk Music, Suite 101.

"Beautifully played and recorded....it's an album that harks back to the folkie idealism of the late sixties and Donovan, Al Stewart and Nick Drake in particular....if ?classic' late 1960's style English singer songwriter folk is your bag, then Take A Look At Sea is an essential purchase." Pete Whalley, Get Ready to Rock!

"Fine folk from the far beaches of Cornwall..that's the title track from If Wen's masterful and subtly understated album Take a Look at the Sea." BBC DJ Tom Robinson.

"A quite charming and fulfilling debut release' David Kidman, NetRhythms

"..songs that go far deeper than many song writers are capable of going..' the acoustic/folk fanzine Fatea.

"The title track sets off the record at a mellow pace, which resonates throughout, shining like early Death Cab or a trumpet-less Get Cape.' 'Wind Blows' is this album's most sweet of sweetest moments though, if anything ideal for one of those iPod-ready summer nights on the beach." Adam Silverstein, Subba Cultcha.

"Sublime multi-tracked vocals soar over earthy fingerpicked guitar with a melodic pop sensibility whose closest comparison is an extroverted Elliott Smith circa Figure 8. The vocals at times bring to mind Nick Drake, without the intensity and melancholy but just as breathy and lovely...I enjoyed Take a Look at the Sea very much.' Alex Cleary, Folking.com
.
www.ifwen.com

Take A Look At The Sea