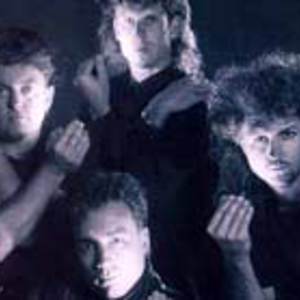 Idle Cure rose from the ranks of previous secular bands and upon becoming saved devoted their collective musical talents to the service and salvation of others.Mark Ambrose, and Steve Shannon played together for several years in the Christian band "Sojourn", and it was herein the seeds were planted for Idle Cure. In 1986, Idle Cure launched their initial self titled album on the then fledgling label Frontline Records. The response was both remarkable, and immediate. "Breakaway was a runaway hit on major Christian Rock radio stations, and "Take It" was a number 1 ballad almost

nationwide. In spite of the fact that the band never did any major tours, the radio success on
several fronts created a steady sub-culture of fans in the industry. Idle Cure went on to produce
five studio projects, and a compilation disc. Each release is superlative, and by many accounts
the band simply got better with every effort. Idle Cure now enjoys the status of being perhaps one
of the finest bands of the many who have tread similar waters.