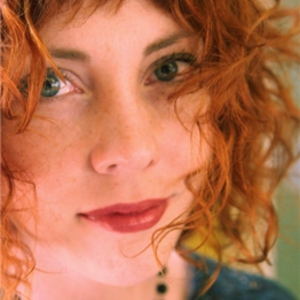 Idgy Vaughn was born in Chillicothe, Missouri ("The Home of Sliced Bread"), to a non-musical hog farming family on the same day that Jimmy Hoffa disappeared. Her folks later lost their farm and moved to a Mississippi River town. Idgy taught herself to play guitar and became the only songwriter she knew. In 2001, she packed up her small daughter and, sight unseen, moved to Austin, Texas, buoyed by a tax refund check and a bunch of songs nobody ever heard.

A single mother and new to the scene in "The Live Music Capitol of the World," Idgy got by waitressing at a truckstop a few miles south of town. Her first break came when she won the Kerrville New Folk Songwriting Competition. A second stroke of luck arrived via the Texas Lottery, when a friend from the truckstop won a million dollars and loaned her just enough to make her first record.

Her debut album, ORIGIN STORY, was recorded entirely in Austin with a dream team of all-star musicians. Bob Harris from BBC Radio 2 stumbled across Idgy during the recording process and immediately began airing her songs across Great Britain and Europe. It garnered an amazing critical response in Great Britain and the U.S., as well as nominations for Album of the Year, Producer of the Year for Paul Pearcy, and Best New Band at the 2006 Austin Music Awards.

The album spent 11 weeks on the national Americana chart, with the unique distinction of being the only self-released record on the chart at the time. National Public Radio made "Good Enough" their Song of the Day. ORIGIN STORY was on the much-coveted "best of the year" lists by Austin NPR affiliate KUT's David Brown, the Austin Chronicle's longtime music writer Margaret Moser, and many, many others. Through the kind words of all these strangers, she's been winning over fans in Texas, across America and around the world.

Idgy Vaughn is a singer-songwriter who doesn't fit neatly into genre molds like ?folk,? ?country? or ?rock.? Her sad songs are leavened with humor; her catchy, silly songs rub elbows with songs that punch you in the gut and wrench your heart out. Idgy does it all, without apology, prejudice or even knowing any better, delivering great songs in a great voice.

Idgy Vaughn excels at throwing people off their guard, and then knocking them flat. She might traipse onto a stage in a sun dress and cowboy boots, all playful red curls, big green eyes and bigger smile; then she'll blindside the audience with a song she wrote about raising her daughter as a single mother in the projects, or an equally devastating character study of a co-worker she knew during her ?Truckstop Waitress? days.

?Idgy Vaughn seems to exist out of time, like a classic country singer from the '50s. Her debut album resonates with a rare authenticity.? David Brown, National Public Radio

??I've played this track probably, you know, six or seven times now over recent months on this program but each time I play it I get huge numbers of requests to play it again? I think she's got a wonderful and tugging voice.? Bob Harris, BBC Radio 2

?Debut albums this good are few and far between, and in Idgy Vaughn we may well have one of the household names of the future.? www.americana-uk.com