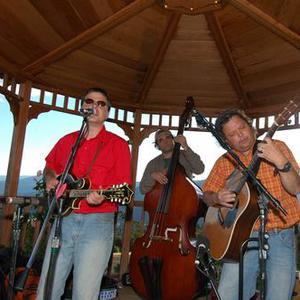 Ida Viper, based in Portland, Oregon, draws on the roots of American music from bluegrass and swing to jazz tunes from the 20's and 30's. Mark Petteys (5-string banjo and guitar), Brian Oberlin (mandolin) and Russ Baker (standup bass) bring high-energy improvisational arrangements to their live performances. Mark Petteys formed Ida Viper during the summer of 2005 in Portland, Oregon. Their CD Some of These Days was released on May 13, 2006.

Russ Baker began performing with Mark and Brian in January 2006. Peter Schwimmer (fiddle and banjo) has been a frequent contributor since the summer of 2006.

Mark Petteys, originally from Pendleton, Oregon, began performing as a teenager. He played throughout the United States, appearing with Tex Williams, Grandpa Jones, Tiny Moore, Mark O'Connor, the Country Gazette and others. He has led and performed with bluegrass, swing and rock bands since then.
He was the Northwest Regional Banjo Champion in 1984 and has recorded a number of albums both solo and with other musicians. See his website at www.markpetteys.com

Brian Oberlin, from Grand Rapids, Michigan, spent five years with Northern Accent and five years with Grasshoppah. Grasshoppah won the 2001 Jammie Award for the best band in the Grand Rapids area.
Brian has performed with musical greats Rhonda Vincent, Larry Sparks and Vassar Clements. He was a 2003 finalist at the national mandolin championship in Winfield, Kansas.

Some of These Days