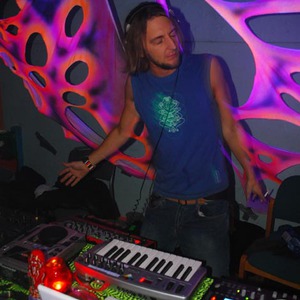 Hi! My name is Josef Hofinger, born in Austria, I'm a DJ since 1996 and I'm producing my own music since 2002. I started my musical career at the age of 6 as a drummer. I visited the music school for eleven years and played in various kinds of ensembles. During that period, I played bongos, congas, many other percussion instruments and subsequently the didgeridoo. At the age of 16 I discovered the magic of vinyl, and started off as a DJ with techno music. Later, I bought my first psytrance record and directly fell in love with this kind of music.

I became familiar with the scene and several years ago, I and some friends started organizing parties for our own association "Klangbewusstein". Producing my own music has always been a dream for me. After deejaying for many years, I started producing psychedelic trance in 2002. I use Steinberg Cubase. I recently built my own professional studio where I use various soft- and hardware synthesizers. The type of music I produce can be best described as twisted psychedelic. Some of the famous artists Ianuaria was inspired by : LogicBomb, Hux Flux, Simon Posford (Hallucinogen/Shpongle), TIP, Transware, Juno Reactor, Eat Static, Glowing flame record.