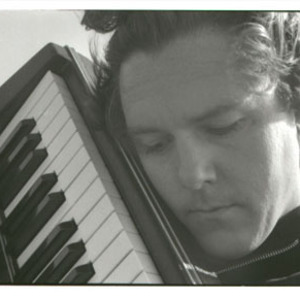 Ian discovered both his songwriting and singing voices just two years ago. His reaction to the events of 9/11 sent him on a 27 month soul-searching journey to find his purpose in the world - working as an executive in the advertising world suddenly felt empty and meaningless. For over the next two years, Ian searched for a direction that inspired him. As 2003 wound to a close, he still hadn't found "it," and finally gave up, spending the last two weeks of the year tying up loose ends to start the new year with a clean slate.

He stayed home on New Years, preferring to pray rather than party. In the early hours of 2004, he was struck with an insight that would change his life forever - he discovered he is, in fact, a songwriter.

Though he'd played improvisational piano since he was 8, he'd never actually written a song, nor performed in public since his seventh grade school musical (as "Nicely Nicely Johnson" in Guys and Dolls). Needless to say, this was a substantial and challenging change of course. A disciplined daily writing and rehearsal schedule (a minimum of 2 hours a day, every day) resulted in over a dozen songs in the first six months.

In June of 2004 at the advice of his vocal coach, he took the first opportunity he could to perform. A friend was organizing an event to get people involved in politics. One of the first songs he'd written was a song that was sort of political, so he offered to perform "(Didn't Know I Was) Unamerican." At showtime, two similar events elsewhere in the city that night meant a nearly empty house. For Ian, it was his first time singing a song in public. One of the few people in the audience happened to be an advisor to one of the Democratic Presidential candidates (Kucinich) and soon invited Ian to the Democratic National Convention.

(Didn't Know I Was) Unamerican EP