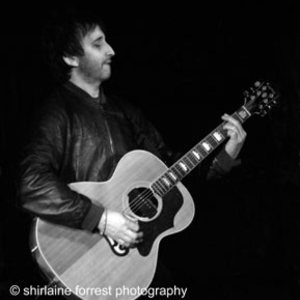 Ian Broudie (born August 4, 1958 in Liverpool, England) is a prolific musician and producer, best known for his 1990s band the The Lightning Seeds. On October 11, 2004 Broudie released his debut solo effort, tales told, which was embraced by critics and fans alike. This, despite that fact that Tales Told saw Broudie move intro the new territory of folk rock - away from the chirpy pop tunes The Lightning Seeds became especially known for. ---------------------------

Before The Lightning Seeds, Broudie played in Liverpool's fledgling punk scene in the 1970s (he was a member of the band Big In Japan, which also featured Holly Johnson and Bill Drummond but made his name in the industry as a producer.

Broudie worked with bands like Echo And The Bunnymen, The Icicle Works and The Fall under the name 'Kingbird' before putting together The Lightning Seeds at the end of the 1980s, scoring a debut hit with the song "Pure". The act produced a selection of well-received singles and albums in the 1990s and twice took football anthem "Three Lions" (with comedians Frank Skinner and David Baddiel) to number one, with different lyrics for the Euro '96 and France '98 tournaments. For his own part, Broudie is a supporter of Liverpool Football Club.

Broudie subsequently concentrated on production for other bands working with the likes of The Coral, The Subways, The Zutons, and on a handful of I Am Kloot songs, before announcing a solo album, under his own name, at the end of 2004.