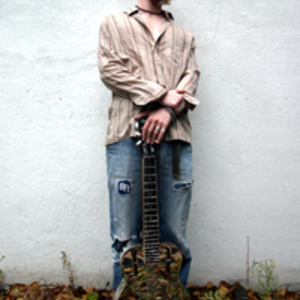 www.ianbritt.com https://www.facebook.com/ianbrittmusic I've become been one of those artists who are hard to pin down easily. In some ways I fit into the singer songwriter plot nicely, but then with tracks like ?Instincts? or ?In the Middle? I took the acoustic foundation and pushed it somewhere quite different. Different from the traditional Americana approach, yet not far enough to scare the in-laws.

I've become been one of those artists who are hard to pin down easily. In some ways I fit into the singer songwriter plot nicely, but then with tracks like ?Instincts? or ?In the Middle? I took the acoustic foundation and pushed it somewhere quite different. Different from the traditional Americana approach, yet not far enough to scare the in-laws. I like to mix it up; sometimes I make hopelessly misguided decisions in relationships or have dessert first. I always thought I was just artistically unruly or neurotic but then I read this quote ?the idiosyncratic impulses of maverick creativity,? and I found myself quite at home within it. If I may be so bold, I would claim to be an artist working in the medium of music before I could claim to adhere to any particular genre. I've been compared to a great many styles/artists, so I guess it comes down to; people see what they want to see in art, I just follow my ears and my heart, I just think I'm me, I'm just a musician. I suppose the tag of singer songwriter stuck a little because life began rotating around me and my acoustic guitar, which itself only really arose because it was the easiest way of making myself and my songs portable around the world. Other musicians and electronic equipment frequently go wrong.

I picked up the guitar at a young age literally because I wanted to be Michael J Fox in ?Back to the Future? and he played one, and I doodled until I got really good on it. I went on to study music in Manchester on the back of which I was signed to London based label Jalape?o Records who released my debut album in 2005. That album ?One Day I? made it to number 2 in the iTunes folk charts, the lead single came 2nd place for record of the week at BBC Radio 2 (Damien Rice, got top slot, the bugger) and it saw me play showcases at BBC Radio One Live Weekend and at the world renowned industry music festival SXSW in Texas. I thought I was a rock star? I wasn't? and it turns out the journey had only just begun. When the mild fervor of the album died down, me and the label ?went our separate ways? and the hard, lonely, thankless graft of seriously honing, developing and performing began? and quite by chance, things really began to take off in Holland.

Sat on a single bed in a tiny room I recorded a follow up EP ?Big Light? and rather by accident I began touring the length and breadth of Holland for about three years, gaining many new friends and fans alike. I was fortunate to land support slots with some of the best rising artists of Holland, and called in on many a radio show, while I was at it. I even got those bedroom songs of mine on National Radio over there. In 2009 I stalled touring and began to self produce an album at home in Sheffield to satisfy a growing demand in The Netherlands. Then in 2010 a Dutch label was brought on board to support the albums release, re-mix sessions were undertaken to tweak certain aspect of the recordings, and then, well, then the label went bust and I swore at the mirror for about three weeks. I guess that's the modern music industry for you right there. Now more than ever I was itching to move on artistically from a record already a year old to me, so I decided to cut my losses and officially release BOX independently in summer 2011. Job done.

Pre official release, BOX has already had numerous tracks on television including a Gray's Anatomy ident for Channel 5, numerous appearances on the hit British show Hollyoaks and even as far as Russia with a song being placed on a major mobile phone advert over there. Some of the YouTube videos have had 1000s of hits already so, the monster I created almost entirely single handed in 2009 is doing its work nicely for me, and making it's daddy proud.

After spending over 6 years as a solo artist, touring and developing as the unaccompanied troubadour, and with the final release and fruition of BOX in 2011 being the pinnacle achievement of a truly solo artist, I, ever looking for the next chapter musically, am now working on a brand new project. A band project. A louder, heavier angle, but still based upon strong song writing, intelligent lyrics and clever musicianship. There will be more acoustic based material from me too, always rooting out something new, but always keeping in with that familiar Ian Britt feel.