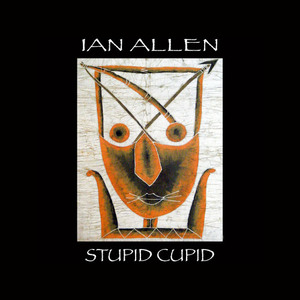 Ian Allen is so over being under the influence of any substances, including music... but rhythmically his music is very influenced by the polyrhythms prevalent in African music (he was born in Zimbabwe and also grew up in South Africa), and that combined with his extremely catchy melodies and hooks makes for a tantalizing combination of music that makes you want to sing and dance. Lyrically, the subject matter is far removed from the typical and the use of word play and easy to remember albeit thought provoking lyrics also captures the imagination and attention of the listener.

I would like my music to speak for itself, as I am not going to toot my own horn, but....... according to the press....Summer issue 1992 of BMI Music World at the Crossroads Music Festival in Memphis, Ian Allen of Rhythm Method was written up as best unsigned act in the USA (That was a while ago I know, the band had a record label deal on the table with Mitch Brodie, who at the time was an A&R guy with Elektra Records and our managers Bill Gladstone and Jon Hornyak (then owner of the legendary Sun studios), but I walked away from it all for a while and am now slowly getting back and doing it on my terms). I still think corporate rock sucks! Music is not just a product! In an article in the North County Times it was written that: "Allen's subject matter is a little more threatening, a little more dangerous, and for that he needs music on the edge". It goes on to say that: "Allen wraps his political message in a pop melody and drives it home with jungle rhythms". In yet another newspaper article, it was said that: " Allen was a vocal critic of apartheid of his native South Africa, and on more than one occasion he had a brush with the law because of his views. As a popular singer and songwriter, Allen would fill spaces between songs by telling his audience to fight for the abolishment of apartheid, often over the objections of nervous police officers , who on more than one occasion shut him down during performances, claiming he was inciting a riot." One of my songs, "Far Country" was even banned by local radio!