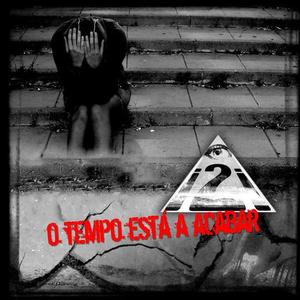 i2i is a portuguese experimental hiphop project masterminded by American (California) producer michaelangelo and Portuguese/Angolan producer K. The album is a fusion of abstract beats with well known Portuguese mc's and surreal drone industrial instrumental landscapes. The title of the album in english is 'Time is running out' and it is a depiction of present modern day times. This is a small extract written within the album of i2i:

As our civilization moves forwards towards a dark abyss, the capitalist system takes no heed in stopping the onslaught of mother earth also known as Gaia. Man's arrogance will be the demise of our species, but the cosmos has different plans than man's ploy. As the phoenix rose from the ashes, so will a new civilization, making forth towards A New Era in consciousness and a quantum leap in evolution. Throughout History, all civilizations have ceased to exist and in their place springs forth a new one. Genesis is a cyclical process ad infinitum... i2i greets this New Era with open arms and this album is a concept that transcends of what is happening now on planet earth and what will be in the future. Humans have been conditioned, manipulated, coerced and brainwashed by a debauched system. The reality we live is only a terrestial reality, created by man. It is not an infinite reality but a finite reality... Negative thoughts, energies and actions have built up in our beings, which form obstruction to the inflow of the cosmic energy. By channeling Divine Light, the universal energy comes through to our spiritual bodies opening up our chakras and 3rd eye, which will raise our vibrations and purify us.

Year Of the i