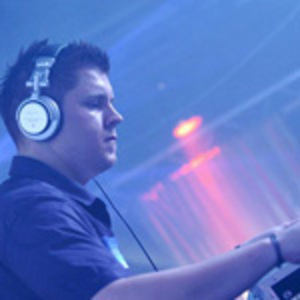 The Airbase story begins in 1994 when he got his hands on the software Scream Tracker pitched to him by a Finnish cousin. A few years later, Airbase switched to better software that came highly recommended from others called Fast Tracker. The following years were kept busy with hard work which rendered numerous tracks, but also a lot of knowledge and understanding in how to produce, arrange and write melodies.

With the first full time employment pay check received in early 2000, the first piece of hardware was bought, the Yamaha CS2x Control Synthesizer. For almost 2 years, a large number of tracks were created using the CS2x tool. However, with building frustrations, Airbase felt he could no longer bring anything new to his productions using only this piece of hardware. In 2001, a friend showed him the new exciting Swedish software, Propellerheads Reason. Soon after, Airbase flew right into producing with Reason, ditching Cubase in only days, using the CS2x as a midi keyboard only.

In a short time with Reason, the track Airbase - Emotion had been created, which caught the attention of the German label Alphabet City. Airbase was offered his first record deal, and in early 2002, Emotion was released. During the wait for Emotion to get released, the track Genie was produced and was instantly chosen to be the follow up of Emotion. With support from the top jocks, requests for remixes and original records for other labels came pouring in. This has kept him constantly busy ever since.

As of 2007, he is currently signed to labels such as Alphabet City, Armada, Platipus, Mondo Records, Kompressed Records, Gesture Music, Be Yourself Music, Afterglow, J00F Records and many more. Airbase has released almost 20 records and remixed over 40 artists, including Iio, Safri Duo, Matt Darey, Above & Beyond, Blank & Jones, Alex Morph and many more. The co-operation with Andre, his brother, resulted in First & Andre - Widescreen, which was also selected by ID&T to be the Sensation White Belgium Edition Anthem of 2005. The track was signed and released on Be Yourself Music, formerly known as the label of ID&T. With the releases came the requests for DJ bookings. A positive side effect since Airbase was already a pub/bar DJ since 1996. England, Switzerland, Norway, Denmark, Finland, Hungary, Holland and Belgium are just a few of the countries where Airbase has performed in so far. And this is all just the beginning.

One Tear Away (VLS)

One Tear Away CDS

Escape / For The Fallen (CDS)