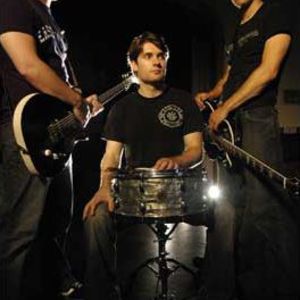 Hailing from Nova Scotia's vibrant South Shore, power pop/rock trio Air Traffic Control has a history that predates even its current name. Brothers Kirk and Jordi Comstock made their first foray into music while in elementary school. By 1991, both were playing all-ages shows in and around their hometown of Lunenburg, Nova Scotia and it was only a matter of time before they would plant the seed of what would eventually become one of the Maritimes' biggest cult followings.

Originally founded under the Madhat moniker, they recruited a bassist (one of nearly a half-dozen who would come and go until 2005) and released the independent EP Freak in 1993. This received the attention of local radio station CKBW who would feature the trio prominently through local programming bringing Madhat to a wider audience.
1995 would bring about Hardhitters, the band's second EP followed by Full Length in 1998, ironically the boys' first full-length effort. The critical success of the latter elevated Madhat to a national audience.
In 2005, Madhat would ditch their name of over a decade and become Air Traffic Control. They released a new self-titled album on February 12, 2005 to critical acclaim and garnering a nomination for New Group of the Year at the Nova Scotia Music Week conference. The trio's opening track, 'Feel Proud' was selected as the title song for the Electronic Arts game Rugby 2005 and has been featured in the YTV series 15 Love.