I Am Alpha and Omega 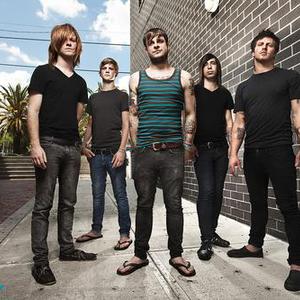 In early 2007, I Am Alpha and Omega began to form. The northern New Jersey based band quickly gathered a following, and in 2008 the members found themselves pondering a rather big decision. Should they continue with the band as a fun side project? Or was it time to abandon other pursuits and focus solely on creating, touring and ministering through their music? After much prayer and fasting, the members of IAAAO knew that pursuing the band full-time was a necessary step. With this renewed vision and determination, the members hit the ground running.

After much prayer and fasting, the members of IAAAO knew that pursuing the band full-time was a necessary step. With this renewed vision and determination, the members hit the ground running. The Georgia May EP had debuted on July 7, 2007. At the beginning of 2009, they partnered with Come&Live!

In 2009, IAAAO put out a second EP. Originally slated to be a full-length album, the band spent countless hours writing new songs for the release. However, God seemed to have a different plan. ?We desperately wanted to put out a full length. We thought we had so much behind us,? says Donny, front man and lead vocalist. ?We wrote about 12 songs; however, we just really didn't feel strongly about most of them.? They didn't leave their fans high and dry though ? in May of 2009 The War I Wage EP was released and featured a collection of their newest songs.

IAAAO then toured that spring and summer in support of the new EP. Despite trials and opposition, the band persevered. During the summer, their bus broke down, leaving them stranded and unable to travel to shows. ?That was a really, really tough testing period,? says Donny. ?When you're on the road, you get to know people on a different level and know that everyone has a different gift. One of my gifts has always been being an encourager and booster, the peacemaker. But when the bus broke down, it just completely severed ties with me and the Lord. I thought He had deserted us, let me down.? A time of testing ensued as Donny struggled to rekindle his peace with God. ?Eventually, I realized that I had pre-conceived notions about God. When I was at one of my lowest points and talking with my wife, God put the phrase ?the roar and the whisper' into my mind. I quickly ran and wrote it down.?

That phrase is now serving as the title and basis of their future full-length record, to be released June 1st 2010. ?At the time, I didn't know what it meant,? says Donny, ?but it speaks into our music. The roar and the whisper is such an embodiment of love. He whispers because He loves and heals and comforts us. But at the same time, He roars when He does extreme things to get our attention or to protect us.?

The new album is exceptionally diverse, with musical elements ranging from ambient to electronic to hardcore. ?There's a vein of emotion that runs through this album and ties everything together.? A subsequent tour will most likely be planned to support the release. Donny describes their live show as being full of ?worship, reverence and fun. We try to make it as accessible as possible. We really don't stand still a lot. Our show is charged by a connection with the Lord and lifting Him up. We try to make it a balance of worship and really good heavy music.?

The Roar And The Whisper