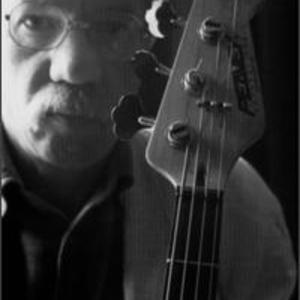 Hugh Hopper (29 April 1945 - 7 June 2009) was a composer and bass player from Canterbury, United Kingdom who achieved his highest public profile through his work with Soft Machine between 1968 and 1972. Though mass-market acceptance was never high on his list of priorities, Hopper will be remembered by connoisseurs of British experimental art-rock for his instrumental gifts and his idiosyncratic composing style, with The Soft Machine, as well as on a long string of solo albums, the most recent of which was Dune (2008).

Born in Kent, Hopper found himself in at the ground floor of what would become known as the "Canterbury scene", a musical and philosophical network encompassing Kevin Ayers & The Whole World, Gong, Caravan and Henry Cow. When he became a member of The Wilde Flowers in June 1963 , his was a fairly conventional pop and soul band that served as a seed bed for the late-1960s flowering of progressive music in the cathedral city. Future Soft Machinists Robert Wyatt and Kevin Ayers also passed though The Wilde Flowers, as did the future members of Caravan.

Hopper joined Soft Machine at the end of 1968, after they had toured with Jimi Hendrix in the US, recorded a debut album in New York that was released solely in America, and had briefly featured the future band The Police, guitarist Andy Summers. Hopper, having been the group's tour manager, replaced bassist/vocalist Ayers, completing the three-piece Soft Machine alongside the drummer Wyatt (with whom Hopper had briefly played, with the Australian guitarist/composer Daevid Allen) and the organist Mike Ratledge.

It was this line-up that recorded the second album, Volume Two, an early experiment in jazz fusion, and that also appeared uncredited on a couple of tracks on the first solo album by Pink Floyd's Syd Barrett, The Madcap Laughs. Soft Machine experimented by adding a quartet of horn players, then shed three of them and kept the fourth, the saxophonist Elton Dean, as their new full-time member. They recorded the albums Third and Fourth, exhibiting ever greater instrumental finesse, and established a milestone in the history of progressive rock when they played at the BBC Proms at the Royal Albert Hall in London, in 1970.

The quartet's hyperactive musical intelligence led to friction, and for many onlookers Wyatt's departure in 1971 marked the end of the "real" Soft Machine. Hopper left in 1973 after recording Six, leaving the band to beat a path towards more conventional jazz-rock.

He said afterwards that towards the end of his time with the group he was beginning to feel like a civil servant: "I knew exactly where I was going to be a year ahead and I didn't like that. Also I didn't like the musical direction the band was heading in, and I wasn't personal friends with the rest of the band."

Just before leaving the group, Hopper had struck out towards independence by recording his first solo album, 1984, an arresting mix of avant-garde musicality and multitrack sleight of hand. Once free of the Softs, he put in stints with some of the most inventive musicians of the era, including the Carla Bley Band, Isotope and Gilgamesh. He maintained his Soft Machine connection via regular collaborations with Dean. They appeared together in a quartet completed by the pianist Keith Tippett and the drummer Joe Gallivan, and hooked up with the drummer Pip Pyle (from Gong, and Hatfield and the North) and Alan Gowen in the Canterbury-based "supergroup" Soft Heap, who recorded an album in 1978.

Hopper temporarily retreated from music at the start of the 1980s, but, feeling refreshed, bounced back to collaborate with Phil Miller's band In Cahoots, and appeared on Pyle's solo album Equipe Out with Dean and other Canterbury alumni (both Dean and Pyle died in 2006). The 1990s saw a string of intriguing Hopper solo albums including Meccano Pelorus, Carousel and Hooligan Romantics. In 2002, he banded together with Dean and fellow ex-Soft Machine guitarist Allan Holdsworth and drummer John Marshall to form Soft Works. This later transformed itself into Soft Machine Legacy, mixing new compositions with extracts from the Soft Machine catalogue.

In June 2008, Hopper underwent chemotherapy after being diagnosed with leukaemia. A benefit concert was held for him at London's 100 Club during December 2008, featuring friends and collaborators from all phases of his career.

"The musicians and writers who give me most pleasure are those who know instinctively when to use the sledgehammer and when to use the delicate paintbrush," he told the Glasgow Herald in 1995. "I hope I am also one of them."

He married his partner Christine two days before his death.

Anatomy Of A Facelift Vol. 9

The Gift Of Purpose