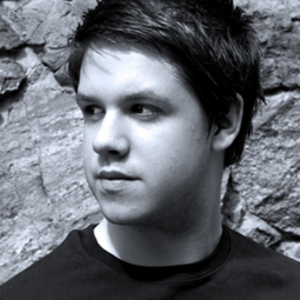 Born in Stockholm, Sweden 1985. Moved to a small village outside Stockholm at an early age. Both his mother and father are musicians, and almost everyone in his family too. Got in touch with housemusic by his older cousin Jesper Dahlb?ck and John started to produce the music after that. AKA Huggotron and his real name John Dahlb&auml;ck. With a track out on Route 33 and his first 12? out on Deep4life, John was heading for the big league.

With a track out on Route 33 and his first 12? out on Deep4life, John was heading for the big league. After "Music So Sweet" the releases kept coming, and Johns first label was born together with cousin Jesper. As Hugg & Pepp, the cousins have established a worldknown superduo. So the releases got more and more and John started to become quite a well known producer. By starting the label Pickadoll for the Plantage 13 labelmanagement, John finally had his own imprint. And what an imprint. With artists like ?-zgur Can, Sebastien Leger, Dada Life, Zoo Brazil, Robbie Rivera, Laidback Luke etc showing up on the label.


Hug (2) (also known as Huggy Bear) is a very underground rapper from nyc who has done several 12" projects with J-Zone and Diversion Tactics and Zygote from Guildford U.K. politically charged with comedic images throughout he epitomises the underground, high quality throwback rap with something to say