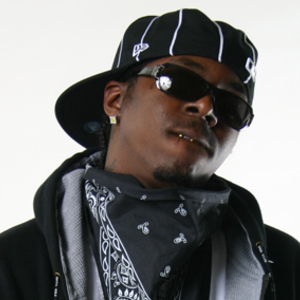 Hot Dollar is a rapper from Hattisburg, Mississippi, USA. A normal childhood brings back memories of all fun and games; however Hot Dollar recalls his upbringing mostly revolving around shelter homes and detention centers. Born in Mississippi, but swept off to Los Angeles at age 9, Hot Dollar was challenged with learning how to survive in the gangbanging lifestyle of his new Compton neighborhood. Shuffled between shelters and juvenile halls in Compton, Hollywood and Long Beach, Hot spent five years in LA before heading back to his hometown neighborhood, East 7th St.

in Hattiesburg, Mississippi. ?The Bottom?, as his neighborhood became to be known was the belly in which Hot's hustling game was born.

Throughout his teenage years, Hot attained two passions-the passion for music, and the passion for making money. As a teen, Hot remembers his older brother's influence on him in both of these avenues. These two passions ran closely and as money went from hand to hand, it was artists such Nas, Biggie, Snoop and Tupac that provided the music to the soundtrack of Hot Dollar's life. How far a person goes in life to make it is what separates Hot Dollar from the average hustler. His motto (which can now be related to the rap game) is: ?Those who hustle the hardest accomplish the most in life?. Rap is the new dope game!

Fast forward to present day and its Hot Dollar who now adds his own music to the soundtrack of his life. After dropping his debut mixtape ?Rags to Riches? Hot rediscovered his true love, making music. He has been featured with acclaimed artists such as: Tyrese, Bun B, Kurupt, MJG & 8 Ball, Project Pat, Guerilla Black amongst others. More recently Hot hit the streets with his follow up mixtape, ?The Crackhead Mixtape? and hired J Grand to work his latest single, ?Streets On Lock?, which caught the attention of Power 106's DJ Felli Fel. Felli starting spinning the record & the streets instantly started buzzing. The record caught the ear of Cinematic Music Group president, Jon Shapiro, who immediately partnered up with Hot Dollar & his Dollar Figure Empire. Two weeks later Jermaine Dupri signed Hot Dollar as his first artist at Island/Def Jam.