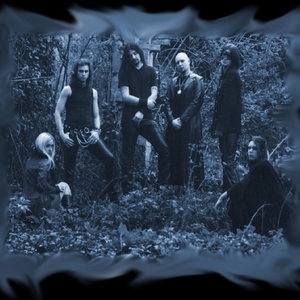 Hortus Animae (meaning The Garden of the Soul) from Rimini, Italy was formed in 1997 by Martyr Lucifer (lead and backing vocals/bass), Thomas Ghirardelli (drums), Hypnos (guitars) and Bless (keyboards) as the original line-up, uniting with the aim of creating something that brought forward their passion for extreme metal, but contemporarily moulding it with their other musical inspirations and passions.

Hortus Animae's sound can be often described as a melting pot, proposing a true and instinctive blend of black metal, 70s prog rock, gothic and finally arriving at new forms of extreme and modern art.
In 2000 they've released their first full-length "The Melting Idols", which now can be downloaded (at low bitrates) from their official site www.hortisanimae.com alongside the first track from their demo "Intro: An Abode For Spirit And Flesh".
2003 saw the release of "Waltzing Mephisto"
Since the release of "The Blow of Furious Winds..." in 2005 their status is on hold.

The Blow Of Furious Winds... An Opus Conceived By Hortus Animae