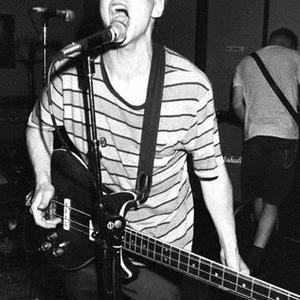 Hoover was an American post-hardcore band from Washington, DC. Hoover was formed in 1992, and went on to produce some of the more intense music to appear on the Dischord Records label in the 1990s. Unusually, three of the four members shared vocal duties equally. They are often credited as being a progenitor of math rock along with bands like Drive Like Jehu; indeed, while the band did definitely display influences from DC indie pioneers Fugazi, they also drew comparisons to DLJ and other non-DC bands.

Hoover split up in 1994, and have reformed twice: once in 1997 to record a mini-album of 'odds and ends', and again in 2004 to tour the US and Europe. It is not clear whether the band will continue to be active. Other projects in which members of Hoover have been involved include The Crownhate Ruin, June of 44, Abilene and Regulator Watts.

Hoover is also a folk artist who released one self-titled LP in 1969 produced by Chuck Glaser.