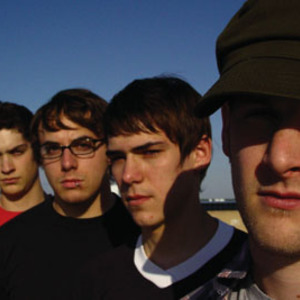 Honestly was: Rob Attaway - Guitar, Vocals Matt Dashner - Bass Justin Land - Vocals Matt Melton - Guitar Vocals Joe Thibodeau - Drums In the Fall of 2005 Honestly played their last show together. Each member has moved onto new things- some with music, some with some new things. They have left us with 2 CD's of great songs and many, many memories of some incredibly powerful rock shows that will not soon be forgotten.

In the Fall of 2005 Honestly played their last show together. Each member has moved onto new things- some with music, some with some new things. They have left us with 2 CD's of great songs and many, many memories of some incredibly powerful rock shows that will not soon be forgotten. The only way for you to purchase their music is via any online retailer (ie: iTunes, Rhapsody, etc...) You can still hear the music of Honestly on many TV shows as well! The members of the band thank everyone for their support over the years and wish the fans nothing but the very best...thanks for checking out the page!

Here is the old bio: It isnt very often that an independent band creates nationwide anticipation while seeking only to represent something genuine through their music.

[People] are looking for something real - whether they know it or not - and they can see through the fake stuff pretty quick, says Honestlys drummer Joe Thibodeau. That's what connects us. Anybody who talks to us or sees our show, whether they like the music or not, they can see the passion we put into it.

Passion is exactly what defines Honestly. While many bands are waiting to be discovered, Honestly is simply doing what they love making music. Without the aid of a record label, they are demanding national attention with their relentless touring, increasing radio exposure, and electrifying live show. Their diligence has resulted in widespread critical acclaim, culminating in being named national Unsigned Band of the Year in 2004 by Alternative Addiction and a Buzz Band by Hits Daily Double Magazine.

On the verge of releasing their highly anticipated sophomore album, "Ghosts of a Brilliant Past", Honestly continues to add to the compelling national buzz their touring has created.

Since the September 2003 release of their debut LP Have A Nice Life, Honestly has performed over 200 shows and sold nearly 5000 albums. Their music has appeared on television shows on Fox, UPN, MTV, ABC Family, Lifetime, and ESPN, and their song Strange Way was featured in the 2003 Disney movie Confessions of a Teenage Drama Queen. Honestly was the only independent band in the nation to debut in the top ten on the sales chart of digital music provider Rhapsody/Listen.com, and Strange Way made an impressive showing in its first week on XM Satellite Radio, garnering the third most spins of any unsigned record in the country.

Here is what people are saying about Have A Nice Life

....Honestly is a band that must have taken its name from the way they write music - there is no other new band out there now who have such honest songs and convey such raw emotion through their instruments. The radio-ready pop-rock songs of Honestly are vulnerable anthems, searching for answers with poignant lyrics as they pull at heartstrings and tickle at tear ducts. You won't want to miss being able to say you saw this band before they hit it big - they're already better than most bands on the radio now.... (Music Industry News Network)

Honestly has a hot modern rock sound with massively harmonious vocals and production that is way stronger than one would normally expect from most indie releases. This is a young (both literally and existence-wise?they just formed in the spring of 2003) band, but they already show great depth and maturity: huge signs that they have staying power. This is a rock band that can from track to track show their capacity to rock out with the best of them, or be tenderly mellow. I receive dozens of CDs every week and have come to the point were sometimes I hope new releases are slow in coming, but with Honestly, I'm chomping at the bit to hear more. (CultureDose.net)

If ever there was a band that deserved the attention of a major record label, its Honestly. Their debut album "Have A Nice Life" could rival many of the albums you see at your local record store today. The undeniable ability to write a hook filled song is apparent from beginning to end of this fantastic CD. Filled with melodic guitars and perfectly complimenting vocals, Honestly brings it all together. Perhaps what has always impressed us the most about Honestly is the matured sound they have being such a young band. Their ability to write both up beat rock songs and heartfelt ballads both with the intensity and perfection that many bands would take years to achieve. If there's one band that deserves more than any other to make it big in 2005, its Honestly. (Alternative Addiction)

Ghosts of a Brilliant Past

Have a Nice Life