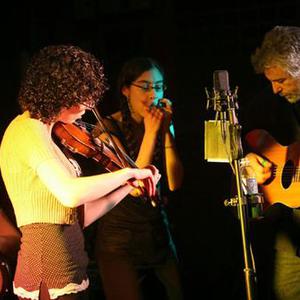 The Homegrown String Band is a family of musicians from New York who began playing together in the mid-1990s for their own, and later for their friend's and families', enjoyment. They made their first public/professional appearance at a Long Island Traditional Music Association concert in January of 1997. The family bills themselves as "America's premier purveyors of family style original and neo-tradtional High Energy acoustic American Roots music.

Their music has taken them from Maine to Missouri with performances at venues as diverse as the National Theatre in Washington DC and Silver Dollar City in Branson Missouri. Their original music has been lauded as ?heartfelt, original, insightful, and impressive? by Sing Out!, Dirty Linen, and music critic and author Bill Dahl. Homegrown String Band stage shows have been favorably received by folk, blues, and bluegrass audiences around the country.