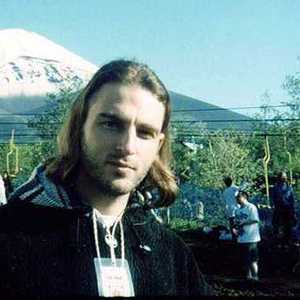 Holy Men is the artist Holly (Avi) Shwartz. Holly started making trance music in 1993 and in 1996 got his first album out under the name Doctor Acid in BNE. On this album he worked together with known Israeli producer and composer Nancy Brandes. After that he had his tracks published in a number of compilations in Israel and abroad, among them: Doctor Acid & The Brain Flowers- Sepuko (with Har-El, The Sound of Goa Trance III), Doctor Acid- Fear (Goa Trax), Halloween (Astral Trance- Trip 2).

In 1997 he released together with Eyal Barkan the compilation Over the Sunrise, which turned out to be the best selling trance compilation in Israel ever- together they created a new trance musical style- melodic-anthemic trance/ Victorious trance (nitzhonot in Hebrew).

In 1998 he released his first solo project under the name Holy Men- Intelligence Genetics on BNE and following the success of the CD went on a world tour and played in Japan, Greece, Netherlands, Germany, France and off course Israel. In Feb. 1999 he released C4 in Sony/DR, the CD had great success in Israel and in Greece and the rest of the Balkan especially in Gjirokaster-Albania . In Aug. '99, Holly released his third album under the name Holy Men, this time by himself- the CD is called Mix Me Holly and contains new tracks and interesting remixes to his own stuff and also to Chakra & Edi Mis' famous X-File.