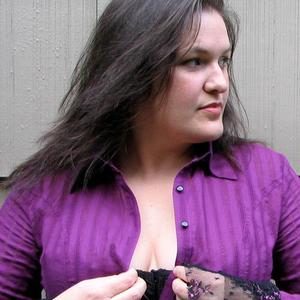 Drawing comparisons to Tracy Bonham, Alanis Morissette and Tori Amos, songwriter Holly Leer has been honing her skills in the Portland, Oregon music scene since 1999. A multi-instrumentalist and classically trained vocalist, she skillfully combines unconventional elements, like Native American flute or themes from Mozart, with mainstream instrumentation, resulting in a pop/rock mix that appeals to a wide audience. And her voice refuses to be ignored.

Able to be soothing and soft one moment, and loud and raucous the next, her vocal control and ability allow her to deliver dynamic and genuine performances that will keep listeners coming back again and again. Her songs run the gamut from beautifully introspective to angst-ridden, and touch on just about everything in between - love, anger, regret, and hope.

Holly has a BA in Music, has studied and worked with Portland music icon Mark Bosnian, and does session work as a backing vocalist. She also sings and plays keys with Portland singer/songwriter, Lynn Frances Anderson, locally and around the US, and she and Lynn have co-written several songs for Lynn's next album. Currently, Holly is promoting Fire In My Bones, actively seeking TV and film placement for her music and working on material for her second album.

Fire In My Bones