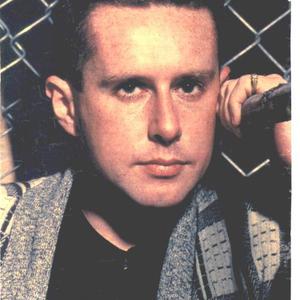 Holly Johnson is an artist, writer and musician (born William Johnson on February 9, 1960 in Liverpool, England; name on passport William Holly Johnson). Some sources erroneously suggest he was born in Khartoum, a myth Johnson himself apparently started during an interview. Actively involved in the Liverpool punk rock/new wave scene, Johnson played bass with Big in Japan and released several solo singles on the Eric's label...

Actively involved in the Liverpool punk rock/new wave scene, Johnson played bass with Big in Japan and released several solo singles on the Eric's label, before finding fame as the lead singer and lyricist of Frankie Goes to Hollywood, who enjoyed considerable controversy and commercial success during their heyday in the early 1980s.

Holly left the group in 1987 after growing increasingly unhappy with their musical direction, but was immediately the subject of an injunction from the group's record company, ZTT Records, which cited his prior recording agreement and effectively barred him from releasing solo material with new label MCA Records.

Johnson famously embarked on a protracted legal battle with ZTT, the case finally being settled in Johnson's favour in 1989, the judge ruling that ZTT's original contract had constituted an unreasonable restraint of trade. The result represented a landmark legal outcome within the music business. Johnson's relationship with ZTT owners Trevor Horn and Jill Sinclair apparently broke down irretrievably due to the court case.

Johnson finally released his first solo album, Blast, which reached number one in the UK and spawned three hit singles. However, relations with MCA cooled over dissatisfaction with promotional budgets for his second solo album, Dreams That Money Can't Buy, released in 1991 after Johnson had left the label.

In November of that year, Johnson discovered he was HIV positive. This triggered a temporary withdrawal from the music business and public life in general. His condition was made public in April 1993. In 1994 his critically acclaimed autobiography, A Bone In My Flute, was published.

Since the mid 1990s, Johnson has worked primarily as a successful painter. His works have been exhibited at the Tate Liverpool, and The Royal Academy. He has contributed to Modern Painters magazine and the Paul Smith sponsored CARLOS magazine. He has continued to make music via his own Pleasuredome label, such as 1999's Soulstream, an album that includes a re-recording of "The Power Of Love", Johnson's de facto signature song.

Holly's 3 MCA albums have now been released on itunes via Universal.

Legendary Children (All Of Them Queer) (CDR)