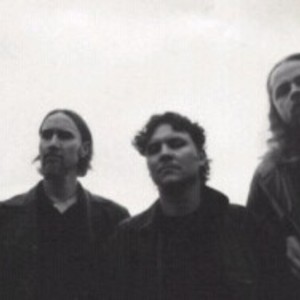 The band was formed in Ume?, Sweden in the late 90's, and was consisted of:
Andreas Stoltz - vocals and guitars
Marcus Bigren - guitars
Tomas Nilsson - bass
Urban Vikstrom - drums
The band released a self-titled mini-cd in 1997, and two albums (both released through Nuclear Blast ), Modern Cathedral (1997) and Architect Of The Mind (1999).
In the fall of '99 Hollow went on a small tour in Norway, along with Norwegian progressive metal band Divided Multitude. Playing on Oslo's rock bar Mars, the sound on stage was fatefully loud, and Andreas damaged his ears to the point that rehearsing was no longer possible. Hollow chose to split up, since finding a new singer was never in question, because Andreas was the main sonwriter and leader of the band.
Hollow is now a solo project with all material written and performed by Andreas Stoltz, who has limited his activities only to studio work.
http://www.soundclick.com/bands/default.cfm?bandID=344804

2) The Hollow are a hardcore band from Newcastle, NSW, Australia.
They just got signed to Deadsouls Records and have recently released a new CD titled 'The Destroyer'.

3) Hollow are a six piece metalcore/hardcore band from Buckinghamshire UK who are picking up a feersome reputation for special live shows on the local scene including recording for the BBC.

Starting as a 4 piece back in 2003 after a few musical differences the band split and re-formed in 2005 eventually adding a second guitarist, Mark Bunce.

After going through a selection of bass players the band found Duncan Lee (of Truth Will Out.) Hollow later added J-Me Osman (also of Truth Will Out) to create a crushing blend of dual vocals. With the new line up in place. Hollow have begun to write a mature, interesting and complex selection of songs drawing influence from bands such as Killswitch Engage, Sikth, Johnny Truant, 36 Crazy Fists, Dillinger Escape Plan, Lamb of God and INFlames.

4) Hollow, underground band from Beijing, China with a total of five members, having been active from 2003 to 2005 playing metal and metalcore music. More info:

5) Hollow, metal band from Pomona, NY that has been around for many years. Joe Hollow is the mastermind of the project.

6) The Hollow, American metal band, however being precise, this band has a distinct "The" in front of their band name

8) Hollow is a hip-hop rap artist & producer from Montreal, QC. He released his album The Journey in 2009 through Introspective Records (I.R.I.E.). For more info, see his official website http://www.myspace.com/ghollow

9) Hollow is a alternative rock/nu-metal band from Porto Alegre, Brazil, mainly influenced by the music of Glassjaw, Deftones, Nirvana, Finch, .... You can listen to their music on myspace: myspace.com/hollowhw

12) Milwaukee Death Metal band Hollow was a one off side project of Al from Cyanosis that also featured Ryan (vocals) from Accursed, and tattoo master/guitarist Paul (Ex-Cyanosis) Miller. Paul's tenure with band ended before any recordings were made. In 1995 the rest of the band went on to record a single demo entitled Grave Prophecies. GP consists of 3 trax of punishing brutal death metal. Despite an overwhelmingly positive reaction to GP, Al returned his focus to Cyanosis, and Ryan went on to form the band nightworld. Their single demo, Grave Prophecies can be heard here: http://www.myspace.com/hollowgravep

Between Eternities Of Darkness

Architect Of The Mind (Remastered) CD2

Architect Of The Mind (Remastered) CD1

Son Of A DJ