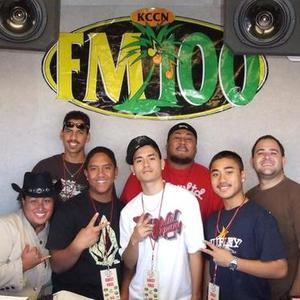 Ho'okoa is a Hilo based band on the big island of Hawaii. Band members Na'ea Kaopua, John Tuli, Preston Paulos, Hoku Aki, Rick Star, Jeremy Tekurio and Paul Battad met in high school and have been performing together for the past 5 years. Their first single, "Last Night" shot up the charts on local KCCN (FM100) Radio. Their latest single, "Never Leave Your Side" is having greater success, reaching #1 on KCCN's charts.