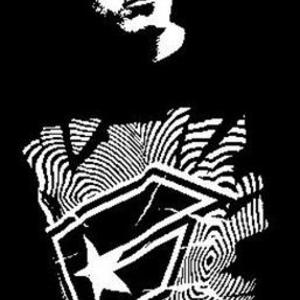 HK, properly known as Jesus Chavez is a product of the Bay Area. Floating from city to city as a child, HK has seen all parts of the Bay from the safe streets to the worst. HK was the son of a small time pimp who left his life at the age of 6 forcing his mother to take on two jobs to support his family. HK spent most of his childhood alone with music as his only friend and guidance. The silence of an empty household drove HK to walk the streets of San Francisco with his radio tape player by his side.

HK would sing along with his radio tape player to the tunes of his favorite artist including JT the Bigga Figga, San Quinn, E-40, and Mac Dre but his major influences were Eazy-E and Tupac Shakur. HK began freestyle rapping at a local corner store where the neighborhood boys hung out. People in the neighborhood began noticing HK and he no longer felt alone. HK started writing at age 9, in hopes to forget about his difficult upbringing, writing lyrics to send his troubles away. He recorded his first track at age 14 and from there started growing a consistent fan base. He knew this was his calling, and pursued music like he pursued life, with no inhibitions.

Since then HK has collaborated with many artist such as The Boo Yaa Tribe, Matai of P-Vine Records (Japan), Bay Dawgs, Big Laz of Upstairs Records/Melendez Ent., Y.S. of Most Bangin Ent./Song BMG, 500, Charizma of Go Bigg Ent./Jungle Rock and A-R Star. Through networking with artist from different genres HK began experimenting with his own style swaying away from his in your face gangster rap delivery to a more toned down pop sound.

HK keeps hard at work not only in the studio but also on stage opening up for many major artist including The Game and David Banner and has performed at various Bay Area night clubs and venues as well as large festivals and college functions.

From his work behind the microphone to doing shows, HK refuses to fall into the same category as your average Bay Area Hyphee rapper with his own sound developed through years in the studio. HK now records and engineers his own music keeping a consistent stream of hits for his followers. Keep a look out for HK and his upcoming events and new music!