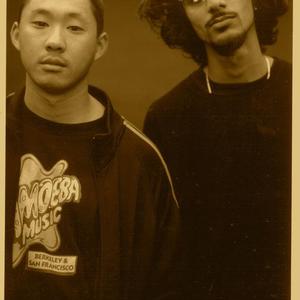 Independent Hip Hop stalwarts, Himalayan Project return with their third studio album ?Broken World'. Known for their fierce and insightful songs about politics, hip-hop, race and culture, Chee Malabar and Rainman have been a mainstay in the oft over-populated world of hip hop. Having made their debut in 2001 with ?The Middle Passage', and following it up with ?Wince at the Sun', the group has remained industrious, continuing to evolve, with the release of Chee's ?solo? album with producer Zeeb??the eponymous titled ?Oblique Brown?.

Over the past five years, HP has been busy: Performing coast to coast, hitting the college music and lecture circuit, and being featured in hip hop documentaries. The group's lyrics have found their way into numerous college curriculum and PHD dissertations about identity and politics in America. Their body of work has earned them a reputation as important social commentators in the hip hop community.

If ?The Middle Passage? and ?Wince at the Sun? were overtly political and angst ridden, then ?Broken World? finds the group looking inward, and delivering their most personal album to date.

The production on ?Broken World? is handled by the Soulful MP's (Kooz and Zeeb)??who have been at the helm of all previous Oblique Brown and HP releases to date. Notable cuts include ?Satisfied? and ?Manchild?, the former, a personal dialogue on track that documents the two childhood friends and emcees going through struggles as a group, and the latter; a scathing, veiled attack on the American cultural landscape.

Armed with a fiercely independent streak, Himalayan Project continue to grow into themselves, charting their personal histories on track and building a catalog that documents the times we live in.

Wince at the Sun