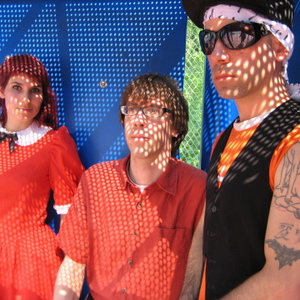 Hidden People was a rock/pop trio based out of Brooklyn, NY. Vocalist Dana Young and drummer Otto Van Horn (Hello Dots) met bassist Chuck Meyer (Borgia Popes, Butterknife) in the summer of 2007. They wrote their first song, "Oliver," during that initial session and realized there was a strong chemistry in this stripped down trio. Combining the simple rhythms and chord structures of late 70's punk with new wave textures and melodic hooks, their music has one foot in the rich past of New York post-punk and the other in some alternate reality of modern pop.

The band split in the spring of 2009 with Young and Meyer going on to form the Brooklyn pop/rock duo Little,Big.

The band's music has been compared to X-Ray Spex, Siouxsie and the Banshees, and early Blondie. The songs are both rough and sweet, like a lamb licking your hand in the middle of a sandstorm.