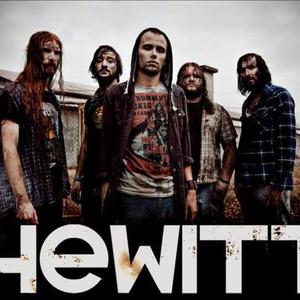 During the summer of 2007, the four members of the band finally decide to take action and officially form the group. Indeed, they had spent several months previously planning the metal band. Inspired by the ?horror film? culture, Fred (drums - Pleymo), Fab (bass - Sihia), Jay (singer - Sihia) and Brieuc (guitar), create Hewitt, a reference to The Texas Chainsaw Massacre. Their musical inspirations hover between old school (Pantera, Machine Head, Sepultura?) and new school (Every Time I Die, Norma Jean, As I Lay Dying?).

From January 2008, you will be able to discover all the energy and savagery of the band live on stage.