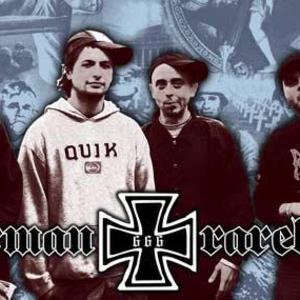 Herman 'The German' Rarebell (born November 18, 1949 as Hermann Erbel) is a German drummer, best known for his time in the band Scorpions from 1977 to 1995, playing on 8 studio albums. He was an important composer in the history of the group, writing classic songs like 'Another Piece of Meat', 'Falling in Love' and the second single from Savage Amusement 'Passion Rules The Game' and writing the lyrics for some of the most classic songs of the band like 'Rock You Like a Hurricane'...

In 1982 he released his first solo album Nip In The Bud (which he re-recorded as 'Herman ze German & Friends' with the help of some friends of his as guest such as members of Dokken, Great White, Ratt etc.) He remains the only member of the Scorpions to have released a solo project while still a full member of the band.

Later on, with the contribution of Prince Albert of Monaco he creates Monaco Records.

On August 3rd 2006 he joined the Scorpions onstage at the Wacken Festival, as a special guest along with Ulrich Roth and Michael Schenker.

2007 marks a big return to the world of hard rock for Herman Rarebell. A new album titled I'm Back will be released in June 2007 by Mausoleum Records. Touring in the US, Europe, and Japan is being planned throughout 2007.