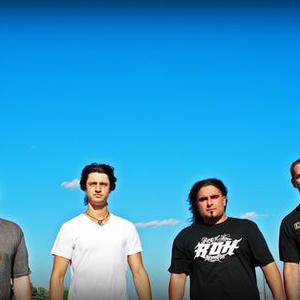 Since the band's inception in 2002, HEMI has always been determined to be a band that carried the torch of the true heavy metal sound pioneered by the legendary acts of the 1970's and 1980's that influenced them so greatly. Taking such influence and blending it with their own unique style, HEMI has produced a sound that has set them apart from many of the bands of today and put them in a category all by themselves.

Formed in their hometown of Chicago, the band set it's goals early and cut several demos with various lineups throughout the years before recording and releasing their debut album Fire in the Sky in 2007. Met with an overwhelming response, Fire in the Sky quickly catapulted HEMI into an underground mainstream which caught not only the eyes and ears of thousands of new fans but also critics and industry professionals alike such as famed producer Michael Wagener (Ozzy, Metallica, Dokken, Skid Row, Accept) who gave the band very positive reviews on their work. Fire in the Sky was consequently distributed digitally to every major downloadable channel and is also famous for being the only independently released LP to be distributed by Hot Topic stores across the country.

In 2008 the HEMI teamed up with RavensFilm Productions to contribute the title track of the album to an upcoming motion picture called The Fixer. Director Nick Michalak saw a unique opportunity to work with HEMI further documenting the film's release and their involvement by producing a music video for the track Fire in the Sky. The video was an instant success and helped expose HEMI even further to a worldwide audience.

The band launched their official YouTube channel in 2010 and received a global welcome that not only furthered their exposure to a worldwide audience but also future touring offers across Europe and South America. With weekly updates for their fans, music videos, backstage highlights and complete show videos, HEMI is determined to bring a full scale experience of the band and it's members to all of their fans around the world.

Currently working on their second album, HEMI promises that the coming years will be some of the most memorable in the band's history.

Fire in the Sky