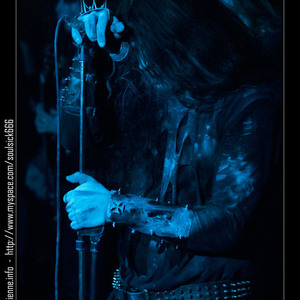 HELLSAW emerged in 2003 from the minds of two friends who still today form the nucleus of the band: Aries on Vocals, Bass and Guitars, and Svart on Drums. In 2003, the band's first demo, ?Sins of Might?, was released to very good reviews, and was followed up by the release of the CD a few months later. ?Spiritual Twilight? the first full length album from the band, appeared in 2005 and firmly established HELLSAW's place in the European Underground.

The band continued to build on its success over the following month by touring all over Europe, including an appearance at the famed Under The Black Sun Festival in Germany. The start of 2007 saw HELLSAW invited to join the ?Flesh For Satan Tour? with the mighty INQUISITION which proved to be a milestone in band's career. After several months of work in the studio, HELLSAW unleashed the second full-length album, ?Phantasm,? onto the unsuspecting world via Folter Records and was followed by an European tour with SHINING and SKITLIV. Fans from all over drew attention to the legions of HELLSAW - this is pure, cold, black fucking metal the way it should be played.