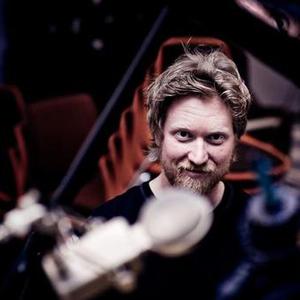 Helge Lien Trio (Norway) is a vital and highly original modern jazz trio. The repertoire is based on Lien's compositions as well as some dramatically new interpretations of known ?standards?. The trio comes out as a unique mix of jazz tradition and avant garde improvisation. The arrangements are often born through open improvisation on the material, and the listeners are witness' to exiting dialogs between the three musicians.

All three members of the trio is on a very high level on their instrument, in addition to having a unique personal style of playing. Helge Lien Trio has released five albums since 2001, three of them on the famous japanese label DIW. They have received overwhelming critics both in Norway and abroad, and they were nominated for the norwegian grammy for the album ?Spiral Circle? in 2002. The trio has played at the majority of the Norwegian jazz festivals, including Molde Int Jazz Festival, Nattjazz in Bergen and Maijazz - Stavanger. They have also played in cities like Tokyo, Vancouver, Berlin, Stockholm, Copenhagen and Oslo.
The member are:
Helge Lien - piano
Frode Berg - bass
Knut Aalefj?r - drums

Badgers And Other Beings

To The Little Radio

What Are You Doing For The Rest Of Your Life