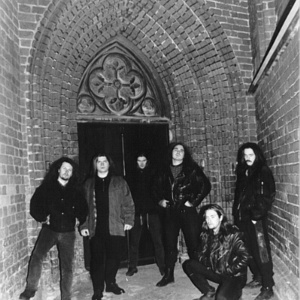 Heaven Grey is a Latvian Gothic\Doom metal band. It was formed in 1993 (Riga, Latvia) and soon became one of the most famous bands in Latvian metal underground. Began as a death metal band, then moved on to doom. They had lyrics in English and in Latvian. Band broke up in the late 90ties.Guitarist Sigvard Blazhevich died in 2004. The leadvocalist of Heaven Grey Ansis Melderis died in 24th September, 2005 in the motorcycle accident. They have recorded two demo and one full length album Northwind in the 1998.

Remaining members of Heaven Grey ? Vja?eslavs, Erv?ns and Ernests has re-united with friends -Andrejs..(bass) and Vladimirs (guitar) to make a commemoration concert for their passed-away colleagues in April of 2007.
Now, after many changes of band members Heaven Grey has become an active band performing and creating new songs.